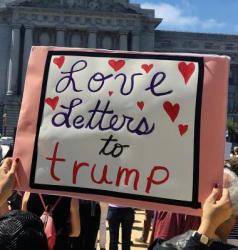 Love Letters to Trump--SIGNED BY AUTHOR (IN PERSON)

We have signed copies available of Love Letters to Trump, signed in-person by author and photographer Gerry Courtney.

Gerry Courtney began photographing Resisters twenty months ago in hopes of recording the spirit, the intelligence and the sense of unity that was on display during these marches. However, as Trump and the Republicans turn the screws on our Republic, he wonders if he is documenting rousing demonstrations or the last moments of our civil rights. 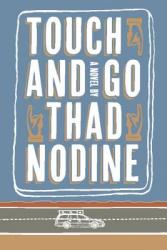 Touch and Go--SIGNED BY AUTHOR (IN PERSON)

We have signed paperback copies available of Touch and Go, signed in-person by author Thad Nodine.

Touch and Go is a rich and rangy story about the careful and careless ways we treat each other--and ourselves--in a fast-paced, changing world. Kevin, the novel's blind narrator, is one of the most perceptive figures in recent fiction. And his desire to do no harm is contagious. Through Kevin's rich senses and boundless compassion, Nodine gives us a multicultural portrait of a true America. And he does so with deep affection for everyone along the way. 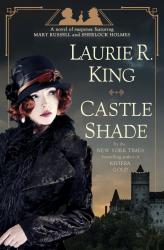 What do you think? I’m not sure if that’s Mary Russell in disguise or one of the characters from the story, but really, does it matter? And I do know that yes, that is the actual castle where much of the story takes place.  Which makes me so happy!

A queen, a castle, a dark and ageless threat—the latest adventure of Mary Russell and Sherlock Holmes.

The queen is Marie of Roumania: the doubly royal granddaughter to Victoria, Empress of the British Empire, and Alexander II, Tsar of Russia. A famous beauty, who was married at seventeen into Roumania's young dynasty, Marie had beguiled the Paris Peace Conference into returning her adopted country's long-lost provinces, single-handedly transforming Roumania from a backwater into a force.

The castle is Bran…