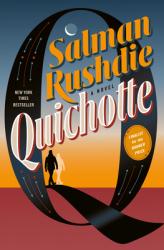 "An homage to Don Quixote, the novel tells the story of a television-obsessed South Asian man who sets out on a journey to win the heart of an actress he’s never met. Along for the ride is his imaginary son, Sancho. The book is also the story of Sam DuChamp, a mediocre and mostly failed author of spy thrillers—and the creator of Quichotte. Though one of the main characters is real, and a couple of the others are fictional, they are all fully realized, deeply human and absolutely compelling. As usual, Rushdie’s writing dazzles with intelligence, humor, breakneck pacing and brilliant turns of phrase. This is easily my favorite novel of the year." - Rico, Bookshop Santa Cruz Staff 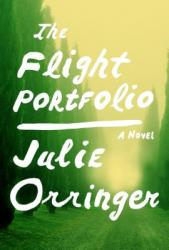 The Flight Portfolio--SIGNED BY AUTHOR

We have signed copies available of The Flight Portfolio, signed on a tip-in page by author Julie Orringer.

“Bighearted, gorgeous, historical, suspenseful, everything you want a novel to be” (—Andrew Sean Greer, Pulitzer Prize–winning author of Less), a new book inspired by the World War II story you've never heard—the real-life quest of an unlikely hero to save the lives and work of Europe’s great minds from the impending Holocaust. 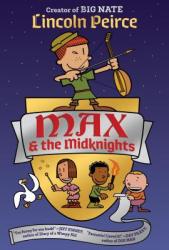 Max & the Midknights--SIGNED BY AUTHOR

We have signed copies available of Max & the Midknights, signed by author Lincoln Peirce on a tip-in page.

Max wants to be a knight! Too bad that dream is about as likely as finding a friendly dragon. But when Max's uncle Budrick is kidnapped by the cruel King Gastley, Max has to act...and fast! Joined by a band of brave adventurers--the Midknights--Max sets out on a thrilling quest: to save Uncle Budrick and restore the realm of Byjovia to its former high spirits!

Magic and (mis)adventures abound in this hilarious illustrated novel from the New York Times bestselling creator of the Big Nate series, Lincoln Peirce. 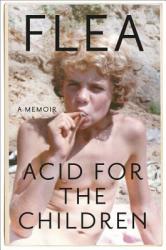 Acid for the Children--SIGNED BOOK PLATE

We now have first edition, first printing copies of Acid for the Children: A Memoir available with book plates signed by author Flea.

The iconic bassist and co-founder of the Red Hot Chili Peppers tells his fascinating origin story, complete with all the dizzying highs and the gutter lows you'd want from an LA street rat turned world famous rock star. 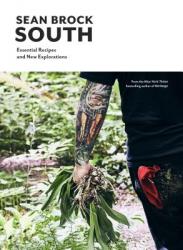 South--SIGNED BY AUTHOR (IN PERSON)

"Every year there is (at least) one new cookbook that both makes me really excited to cook and grabs a piece of my heart. This year South is that book. Chef Sean Brock is a champion of Southern food and makes a compelling case for why it should be considered one of the most important cuisines in the world. Highlighting the many regional differences of the South, he shares variations on recipes for classics, including cornbread, shrimp and grits, and fried chicken. Seasonal, accessible, and mouthwatering, South is a passionate collection of fantastic dishes that Frank Stitt calls “one of the most beautiful and powerful books on Southern food ever written.”" - S.B., Bookshop Santa Cruz Cookbook Buyer 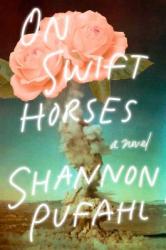 On Swift Horses--SIGNED BY AUTHOR

We have signed first edition, first printing copies available of On Swift Horses: A Novel, signed on the title page by author Shannon Pufahl.

"On Swift Horses is a marvel, a beautifully written novel that traces its raw, guarded characters from California to Las Vegas to Mexico with grace and inevitability. Shannon Pufahl’s mid-century West is dead-on right, as recognizable as a box of old photos and yet completely original in voice and scope."  —Jess Walter, author of Beautiful Ruins 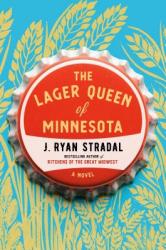 The Lager Queen of Minnesota--SIGNED BY AUTHOR (IN PERSON)

We now have signed first edition copies available of The Lager Queen of Minnesota, signed in-person by author J. Ryan Stradal at our in-store event with him on November 4th, 2019.

A novel of family, Midwestern values, hard work, fate and the secrets of making a world-class beer, from the bestselling author of Kitchens of the Great Midwest. 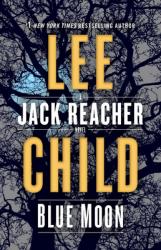 #1 NEW YORK TIMES BESTSELLER • In the next highly anticipated installment of Lee Child’s acclaimed suspense series, Jack Reacher comes to the aid of an elderly couple . . . and confronts his most dangerous opponents yet. 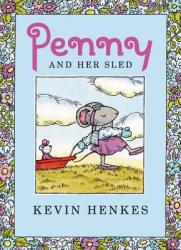 Penny and Her Sled--SIGNED BY AUTHOR

We have signed first edition, first printing copies available of Penny and Her Sled, signed by author and illustrator Kevin Henkes on a tip-in page.

Caldecott Medalist Kevin Henkes’s award-winning and bestselling mouse, Penny, stars in an irresistible story about anticipation, disappointment, and a brand-new sled. Told in five short chapters, Penny and Her Sled is perfect for reading alone, reading aloud, and sharing together. 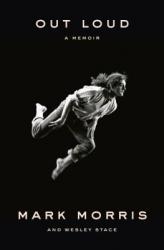 We have signed first edition, first printing copies available of Out Loud: A Memoir, signed on a tip-in page by author Mark Morris.

Celebrated choreographer Mark Morris looks back on his dance career in this candid and often humorous memoir. “Out Loud is the story of a brilliant, complex artist, a keen observer and interpreter of the world around him, guided by one constant purpose: to create dance. This hard-to-put-down book illuminates the mind of an irreducible visionary and the art form that shaped him.” —Yo-Yo Ma