Staff Fiction Favorites
Young Adult
Jax's Reviews
MacMillan
I love a good protagonist and Cinder is one of my favorites. She reminds me of Kaylee from Firefly and has the spunk and skill to be worthy of the comparison. Royal politics and the fate of her country intrudes on her escape plan, revealing things about herself and her past that she never expected. This book mashes up classic fairytale and science fiction to create an awesome YA title.
Reviewed by:
Jax

Cinder: Book One of the Lunar Chronicles (Paperback)

I spent some time and quite a lot of expletives attempting to write something very nice—something devout—in homage to God Got a Dog, Cynthia Rylant’s book of 16 poems, each one about God (the same God but different) trying on his or her humanity. Instead, I’ll give you a few parts of one poem. And a nod, no, a genuflection, to illustrator Marla Frazee, who knows it’s all in the details. I’d let her do God anytime. 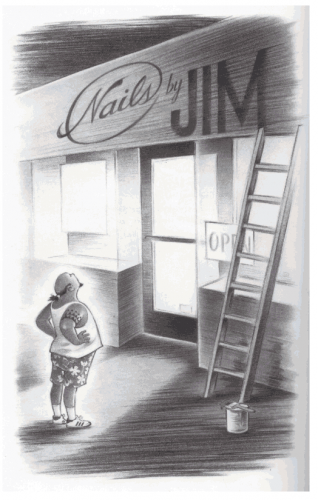 God Got a Desk Job
Just to see what it
would be like.
Made Her back hurt.
...
She could feel the Light
inside Her grow
dimmer and dimmer
and She thought that
if She had to pick
up that phone
one more time
...
The only thing that got
Her through to the
end of the day was
Snickers bars.
She ate thirty-seven.
Plus thinking about the Eagle Nebula
in the constellation Serpens.
That helped.

God Got a Dog (Hardcover)

In all good westerns, place is palpable. Placid, Wisconsin, in 1871 was the site of the largest passenger pigeon nesting ever, a flock covering 850 square miles. The birds in flight darkened the sky, soiled the town like dirty snow, and made wild pigeon pie a staple in most homes. 13-year-old Georgie, living in Placid, is content to help Ma and Grandfather Bolte run the general store. Her older sister, Agatha, on the other hand, yearning to be accepted into a college that would allow a woman student, leaves town. When a body wearing her clothing is found, but in such poor condition that its identity cannot be confirmed, Georgie refuses to believe that her sister is dead, and taking her Springfield rifle (she’s the best shot around), hits the road. One Came Home is a gritty, engrossing mystery/western with superb comic relief that, like last year’s (Newbery Honor) Three Times Lucky, will entertain children and adults alike. Grades 6–9.

Madeline, 14, lives in an attic flat in Cambridge and is dealing with sudden (comparative) poverty and her mother’s odd breaks with reality. Elliot, 15, lives in the kingdom of Cello, a world which could seem almost unbearably pleasant and small-town and kind except for its very weird and color-filled edges—colors attack, seasons roam unpredictably. The two teenagers communicate between their worlds. Isaac Newton, color theory, and the laws of physics, of course, are epistolarily discussed as Elliot inserts a letter into a crack in a concrete sculpture on the school grounds in Cello and Madeline sees the corner of white poking out from the foot of a parking meter in Cambridge. Clever, quirky, charming, comic, sad—you know the list, but this is unlike anything else out there. Grades 7–11.

Park is the skinny, half-Korean kid with good taste in music and a propensity to keep to himself. Eleanor is a train wreck with bright red hair, a big body that (some people think) is asking to be teased, and bad juju at home. She’s the new girl at Park’s high school, and it’s not likely that they will ever talk, let alone exchange a Watchmen comic (Park’s) or listen to the same song on one set of headphones (the Smiths). But sometimes what ought to happen does happen, and Park and Eleanor become Eleanor & Park, a love story that flies off the page, with characters so bright with possibility, they become more real than real life. Our favorite book of the year. Grades 8 & up. Don’t miss Rowell’s other excellent and utterly different young adult book, Fangirl, also published this year.

Set in the riotous Carnival atmosphere of postapocalyptic Brazil, this science fiction novel teems with music, art, intrigue, and politics. June comes from the ruling class, but she is determined to make her mark as a politically subversive artist—and that means capturing the attention of the newest Summer Prince. That is, the most beautiful and talented boy selected every cycle to live out one year of hedonistic abandon before his ritual sacrifice cements the true power in the hands of the elderly queen. But June didn’t expect to find this Summer Prince so fascinating, or that she and her best friend, Gil, would become intimately entangled with him, as the brilliant spark of his life flashes before their eyes. Grades 9-12.

Quintana is the brilliant final volume of a standout fantasy series that is known for its political world building and its complex chiaroscuro characterization. Shall I mention I fell in love with all the protagonists (of which there are many)? Witty, strange, and sometimes savage, the Lumatere Chronicles are books that long for and ultimately achieve peace, without sacrificing any of our desire to turn the pages faster and faster. Grades 9–12.

By Melina Marchetta
$18.99
ISBN: 9780763658359
Availability: Usually Ships in 1-5 Days
Published: Candlewick - April 23rd, 2013
Books for Young Readers from the 2013 Summer Newsletter
Young Adult
With a murdered royal family and a country on the brink of civil war, Connor, regent of the crown, has a treasonous plot to train one of four orphans in order to pass him off as the long-lost prince. From the start, it’s impossible not to become attached to the orphan, Sage. Embroiled in deceit and duplicity, the cocky street-thief may or may not survive his bid to become the false prince. A heart-racing fantasy full of twists and turns for the audience of Megan Whalen Turner and Suzanne Collins. Grades 6–9. —Kids Department

LaFevers is an artful storyteller who has created a strong lead character. Even though the protagonist is female, she is an interesting and powerful heroine

that both genders can relate to. Ismae is an assassin; she is passionate and violent at times, but also

intelligent and quirky, making readers feel at ease with her and drawn to her, creating a champion for whom to root, even when she is dispensing with her next target. The tale is one of scheming nobles, political subterfuge, murder, and romance—all of the best aspects of a good read. —Voice of Youth Advocates. Grades 9–12.

By Robin LaFevers
Email or call for price
ISBN: 9780544022492
Availability: Hard to Find
Published: HMH Books for Young Readers - March 5th, 2013
Books for Young Readers from the 2013 Summer Newsletter
Young Adult
Gā's Reviews
HoughtonMifflin
Monty Python comes to the middle-grade novel. Magic is draining from the world and magicians are getting testy. They’re a lot harder to manage these days, and 15-year-old Jennifer, former foundling and current head of Kazan Mystic Arts Management (levitating carpets for cleaning purposes and pizza delivery, etc.; general magic-for-hire) has her hands full. And that’s before she’s elevated to the position of the Last Dragonslayer— particularly since the Last Dragon is such a quirky, lovely character. Clever, imaginative, and silly; for Terry Pratchett fans. Grades 6–10.
Reviewed by:
Gā

The Last Dragonslayer: The Chronicles of Kazam, Book 1 (Paperback)