PLEASE NOTE: Orders may be delayed by several days. We are working hard while adhering to safety guidelines. Thank you.

Salt to the Sea (Hardcover)

By Ruta Sepetys
$18.99
Available from Warehouse - Usually Delivers in 3-14 Days

This is a beautiful, moving work of historical fiction about the largest, and one of the least known, maritime disasters in history. Short chapters told from the point of view of each character keeps the book moving swiftly along, and it brings to stark life the realities of how war affects civilians, and the atrocities committed by all parties in World War Two. Sepetys continues her tradition of writing great books about little known chapters of history, and this may be her best yet.

During the Second World War, the Russians torpedoed and sunk the Wilhelm Gustloff with 10,582 passengers on board. More than 9400 died in the cold Baltic Sea, including 5000 children. This little-known maritime disaster is impeccably researched and viscerally conveyed through the stories of four adults, slowly revealed in alternating chapters in Sepetys’ haunting historical fiction. Why do we read about disasters? Perhaps to illumine our character—our most base and our best tendencies. And because it is important here, as well, to not forget. Ages 14 & up.

For readers of Between Shades of Gray and All the Light We Cannot See, Ruta Sepetys returns to WWII in this epic novel that shines a light on one of the war's most devastating—yet unknown—tragedies.

World War II is drawing to a close in East Prussia and thousands of refugees are on a desperate trek toward freedom, many with something to hide. Among them are Joana, Emilia, and Florian, whose paths converge en route to the ship that promises salvation, the Wilhelm Gustloff. Forced by circumstance to unite, the three find their strength, courage, and trust in each other tested with each step closer to safety.

Just when it seems freedom is within their grasp, tragedy strikes. Not country, nor culture, nor status matter as all ten thousand people—adults and children alike—aboard must fight for the same thing: survival.

Told in alternating points of view and perfect for fans of Anthony Doerr's Pulitzer Prize-winning All the Light We Cannot See, Erik Larson's Dead Wake, and Elizabeth Wein's Printz Honor Book Code Name Verity, this masterful work of historical fiction is inspired by the real-life tragedy that was the sinking of the Wilhelm Gustloff—the greatest maritime disaster in history. As she did in Between Shades of Gray, Ruta Sepetys unearths a shockingly little-known casualty of a gruesome war, and proves that humanity and love can prevail, even in the darkest of hours.

Praise for Salt to the Sea:
Featured on NPR's Morning Edition  ♦  "Superlative...masterfully crafted...[a] powerful work of historical fiction."—The Wall Street Journal  ♦  "[Sepetys is] a master of YA fiction…she once again anchors a panoramic view of epic tragedy in perspectives that feel deeply textured and immediate."—Entertainment Weekly  ♦  "Riveting...powerful...haunting."—The Washington Post  ♦ "Compelling for both adult and teenage readers."—New York Times Book Review  ♦  "Intimate, extraordinary, artfully crafted...brilliant."—Shelf Awareness  ♦  "Historical fiction at its very, very best."—The Globe and Mail  ♦  "[H]aunting, heartbreaking, hopeful and altogether gorgeous...one of the best young-adult novels to appear in a very long time."—Salt Lake Tribune  ♦  *"This haunting gem of a novel begs to be remembered."—Booklist  ♦  *"Artfully told and sensitively crafted...will leave readers weeping."—School Library Journal  ♦  A PW and SLJ 2016 Book of the Year

Ruta Sepetys (www.rutasepetys.com) is an internationally acclaimed, #1 New York Times bestselling author of historical fiction published in over sixty countries and forty languages. Sepetys is considered a "crossover" novelist, as her books are read by both teens and adults worldwide. Her novels Between Shades of Gray, Out of the Easy, and Salt to the Sea have won or been shortlisted for more than forty book prizes, and are included on more than sixty state award lists. Between Shades of Gray was adapted into the film Ashes in the Snow, and her other novels are currently in development for TV and film. Winner of the Carnegie Medal, Ruta is passionate about the power of history and literature to foster global awareness and connectivity. She has presented to NATO, to the European Parliament, in the United States Capitol, and at embassies worldwide. Ruta was born and raised in Michigan and now lives with her family in Nashville, Tennessee. Follow her on Twitter @RutaSepetys and Instagram @RutaSepetysAuthor.

Praise for Salt to the Sea:

"Ruta Sepetys is a master of historical fiction. In Salt to the Sea the hard truths of her herculean research are tempered with effortless, intimate storytelling, as her warm and human characters breathe new life into one of the world's most terrible and neglected tragedies." —Elizabeth Wein, New York Times bestselling author of Printz Award Honor Book Code Name Verity

* "Sepetys excels in shining light on lost chapters of history, and this visceral novel proves a memorable testament to strength and resilience in the face of war and cruelty." —Publishers Weekly, starred review

* "This haunting gem of a novel begs to be remembered, and in turn, it tries to remember the thousands of real people its fictional characters represent. What it asks of us is that their memories, and their stories, not be abandoned to the sea." —Booklist, starred review

"The inevitability of the ending (including the loss of several characters) doesn't change its poignancy, and the short chapters and slowly revealed back stories for each character guarantee the pages keep turning. Heartbreaking, historical, and a little bit hopeful." —Kirkus

"This book includes all the reasons why teens read:  for knowledge, for romance, for amazing and irritating characters.  This novel will break readers’ hearts and then put them back together a little more whole." —VOYA

"Sepetys’s...scene-setting is impeccable; the penetrating cold of the journey is palpable, and she excels at conveying the scope of the losses while giving them a human face....[T]his elegiac tale succeeds with impressive research, affecting characters, and keen, often unsettling insights into humans’ counterposed tendencies toward evil and nobility. Readers will be left to discuss which impulse triumphs here." —The Horn Book 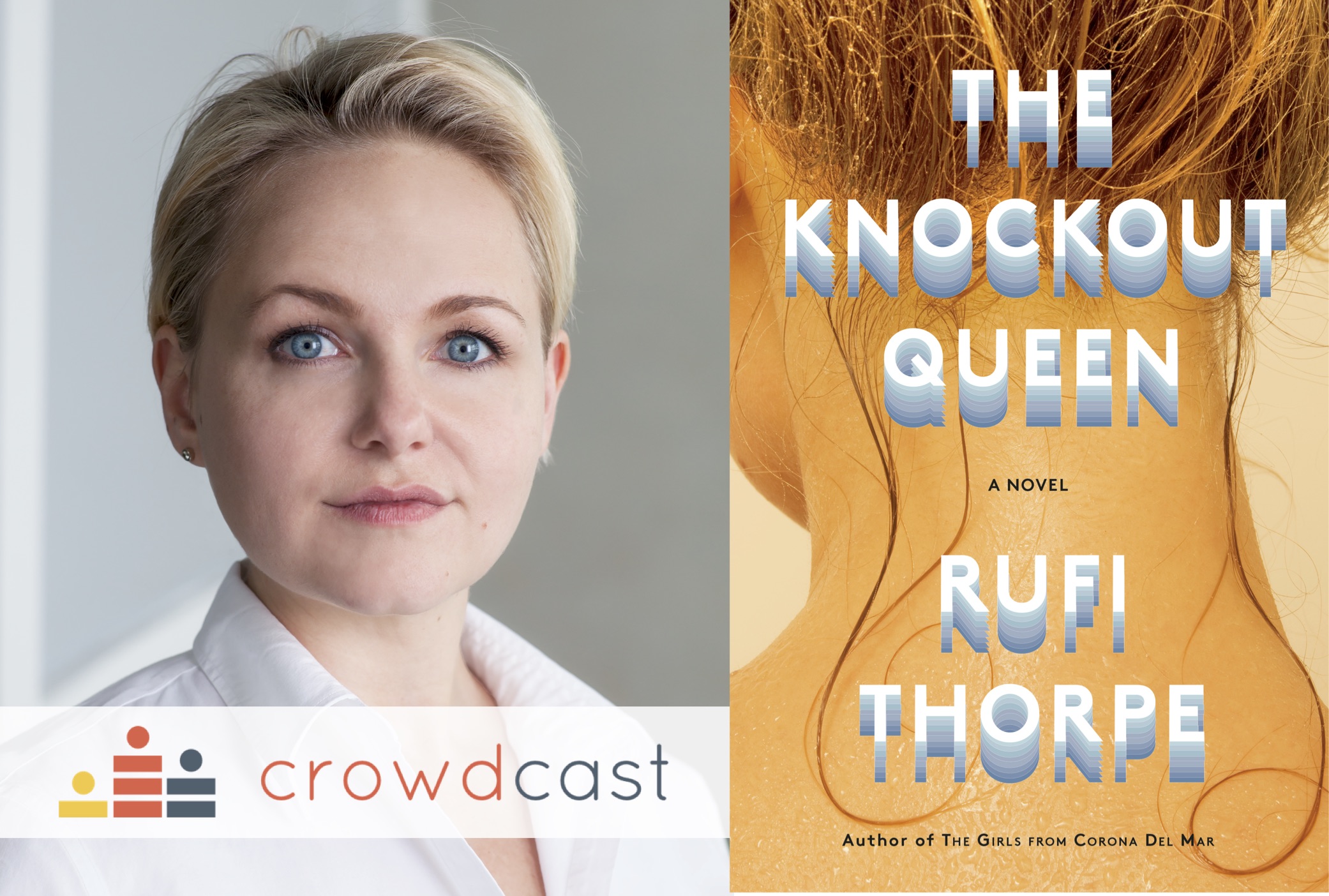 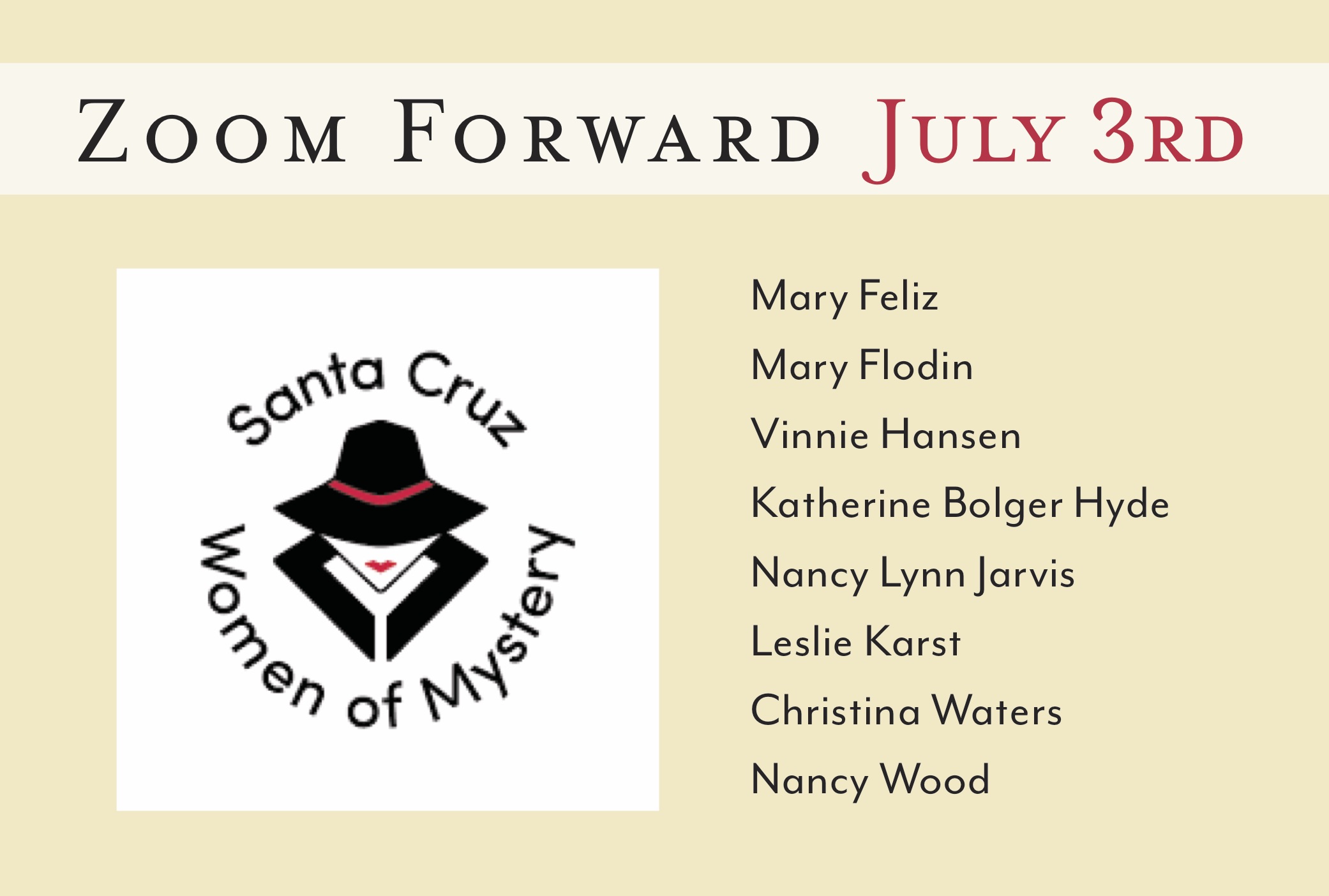 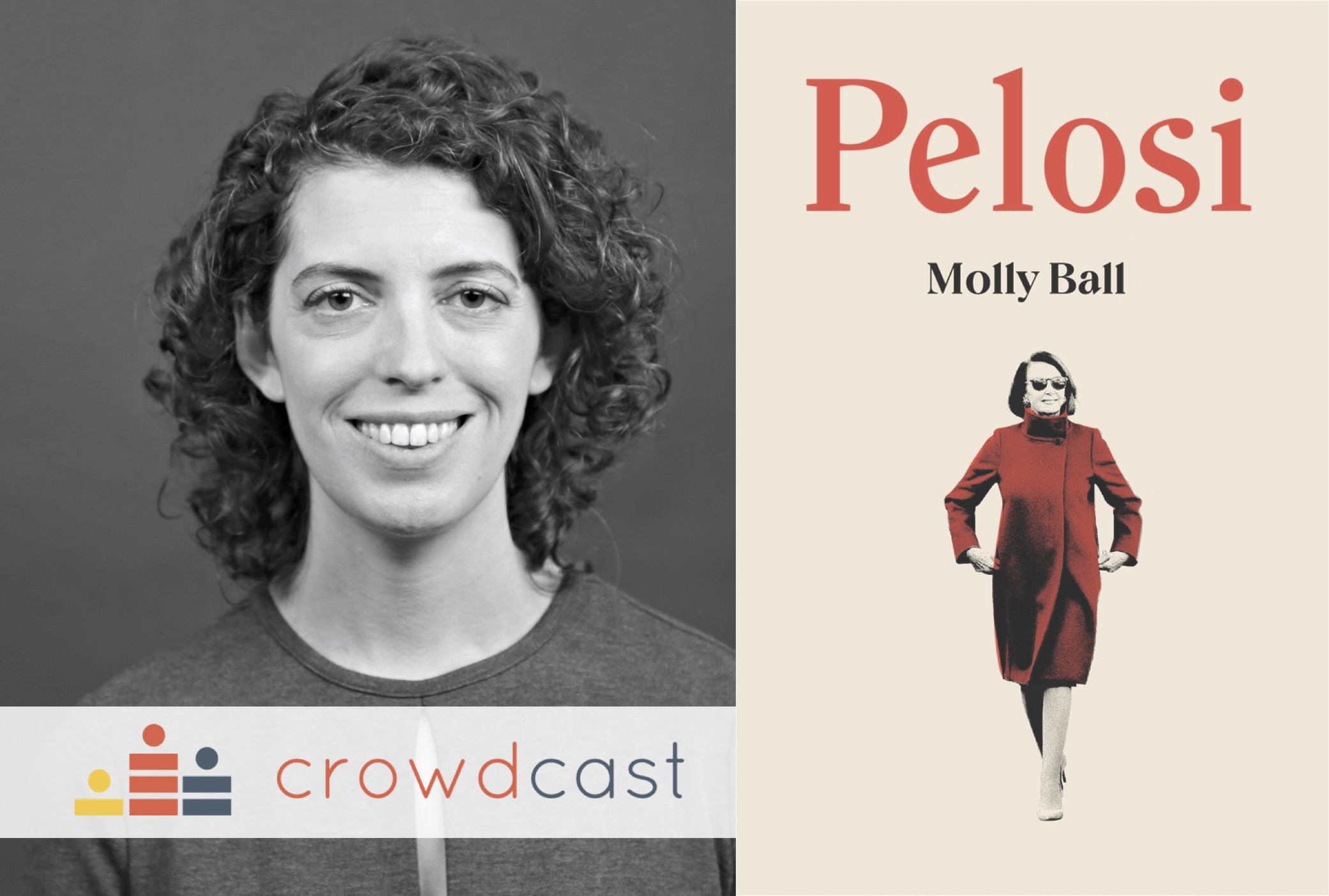 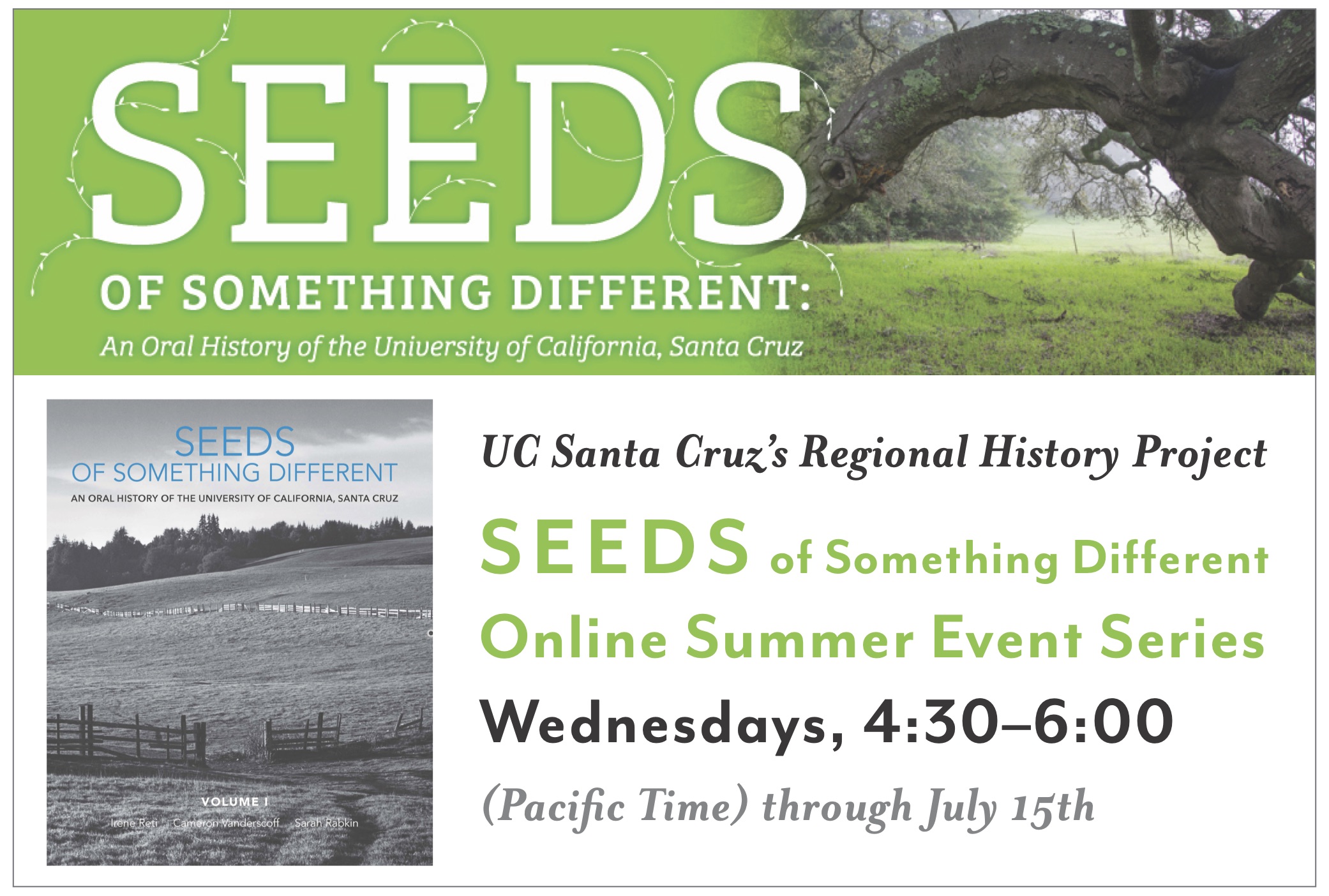